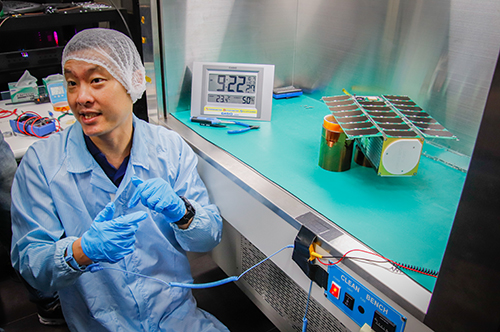 According to Dr. Loren Chang, Professor in the Department of Space Science and Engineering, the science payloads, electrical power subsystem, onboard computer, flight software, and structure of IDEASSat were all developed by the NCU students.

With the rapid proliferation of space technology, small satellites are increasingly viewed as a viable platform for scientific and commercial missions. The Ionospheric Dynamics Explorer and Attitude Subsystem Satellite (IDEASSat) is a CubeSat that was developed at NCU and formally unveiled on October 7. IDEASSat is scheduled to be launched from Kennedy Space Center in Florida aboard a SpaceX Falcon 9 launch vehicle on January 14, 2021. Once in orbit, the spacecraft will begin its mission of exploring space weather and demonstration of Taiwan’s advances in space technology.

According to Professor Loren Chang of the NCU Center for Astronautical Physics and Engineering (CAPE) who led the development of IDEASSat, IDEASSat is a 3U CubeSat that will explore ionospheric space weather in the low Earth orbit region where most spacecraft fly. IDEASSat was developed in cooperation with international partners with NCU students forming the core of the development team, while being mentored by faculty and engineers at home and abroad.

To satisfy the requirements for spacecraft flight control and data transmission, IDEASSat will use amateur radio frequencies to receive commands from the ground, and transmit beacon signals used for tracking. The larger science data will be downlinked with a higher bandwidth transmission frequency.

IDEASSat is scheduled to be launched into a 500 km Sun synchronous orbit aboard a SpaceX Falcon 9 launch vehicle as a secondary payload on January 14, 2021. The spacecraft will subsequently be controlled by the NCU flight control team, who will be responsible for flight control, tracking, data downlink and analysis. 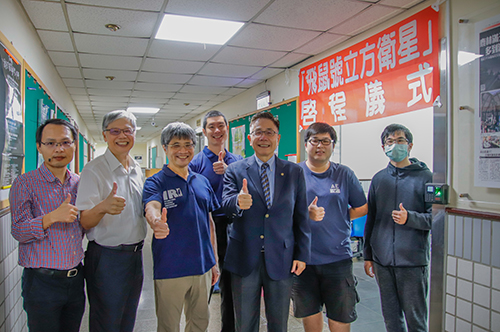 IDEASSat is Taiwan’s first independently developed scientific CubeSat. Unveiled in October, the spacecraft is scheduled to be launched from Kennedy Space Center in Florida on January 14, 2021. 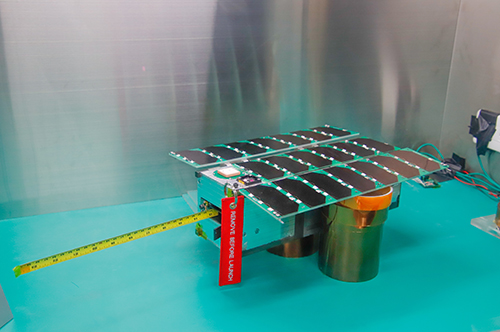