Astronomers Witnessed the Explosion of A Dying Red Supergiant Star for the First Time. NCU’s Lulin Observatory Participated in the Survey. 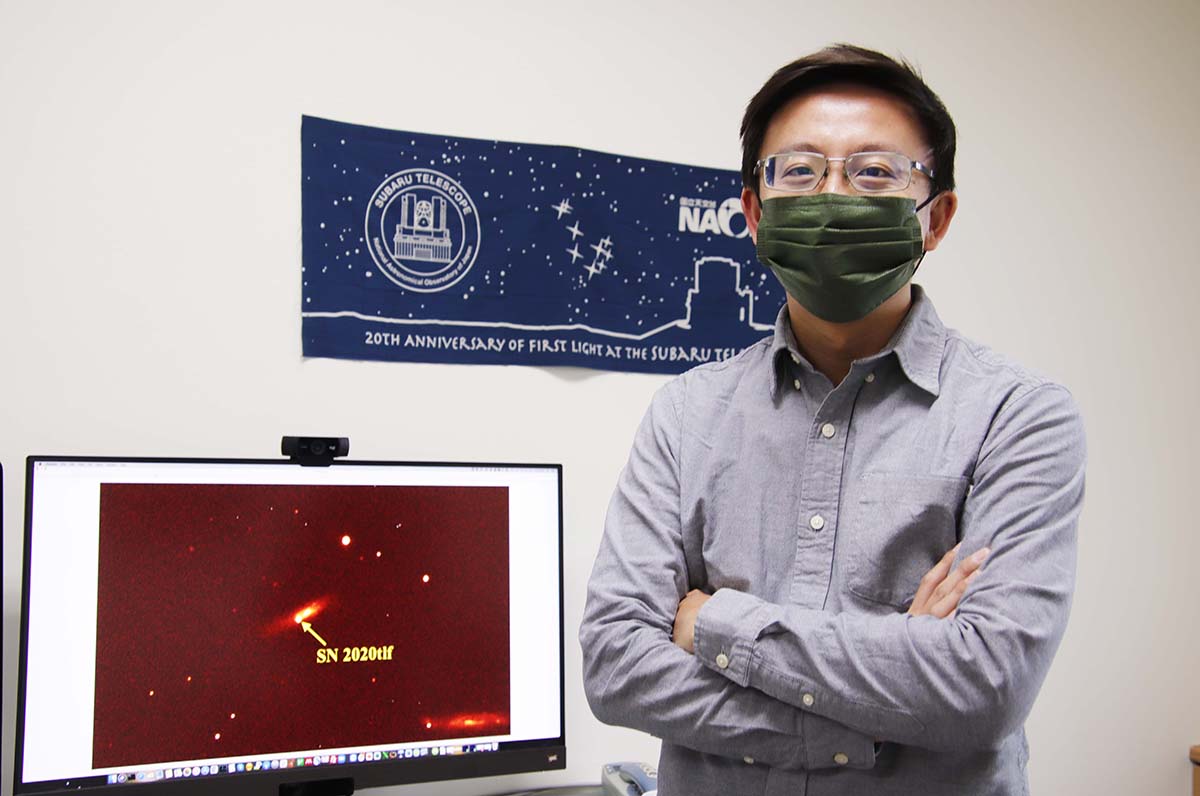 Assistant Professor Pan Yen-Chen at the Graduate Institute of Astronomy, NCU, participated in the international project "Young Supernova Experiment (YSE)”.  The result was published in The Astrophysical Journal. Photo by Chen Ju-Chih

Assistant Professor Yen-Chen Pan at the Graduate Institute of Astronomy, National Central University (NCU), participated in the international project "Young Supernova Experiment (YSE)". Participants of the project observed the entire dying process of a red supergiant from its dying mass-loss episodes to its explosion, and the result was published in The Astrophysical Journal early this year. The Lulin One-meter Telescope (LOT) at NCU’s Lulin Observatory was also used in this joint observation mission. Its main contribution was surveying the early-stage variation of luminosity after the supernova exploded. This significant achievement was also covered by CNN.

Professor Pan indicated that a red supergiant is a massive star whose mass is at least ten times the solar mass. Looking up at the sky, you may notice a very bright and red-tinted star in the constellation of Orion, and it is termed Betelgeuse, which is a typical red supergiant. No need to wait for the explosion of Betelgeuse, the YSE team recently observed a red supergiant for 130 days from before its death to after its explosion.

This project was led by doctoral student Wynn Jacobson-Galán at UC Berkeley. Using the Pan-STARRS telescope at the Haleakalā Observatory in Hawaii to conduct an astronomical survey, he found the explosion of a red supergiant that later became a supernova known as SN 2020tlf in 2020. The YSE team detected the unusual fluctuation of luminosity more than one hundred days ahead of its explosion. The LOT at the Lulin Observatory of NCU was also used in this project; its major contribution was to survey the early-stage luminosity variation after the supernova’s explosion. The result will help astronomers measure a supernova’s physical properties more precisely. It is also proven that the Lulin Observatory’s excellent location plays a key role in the global observation network. 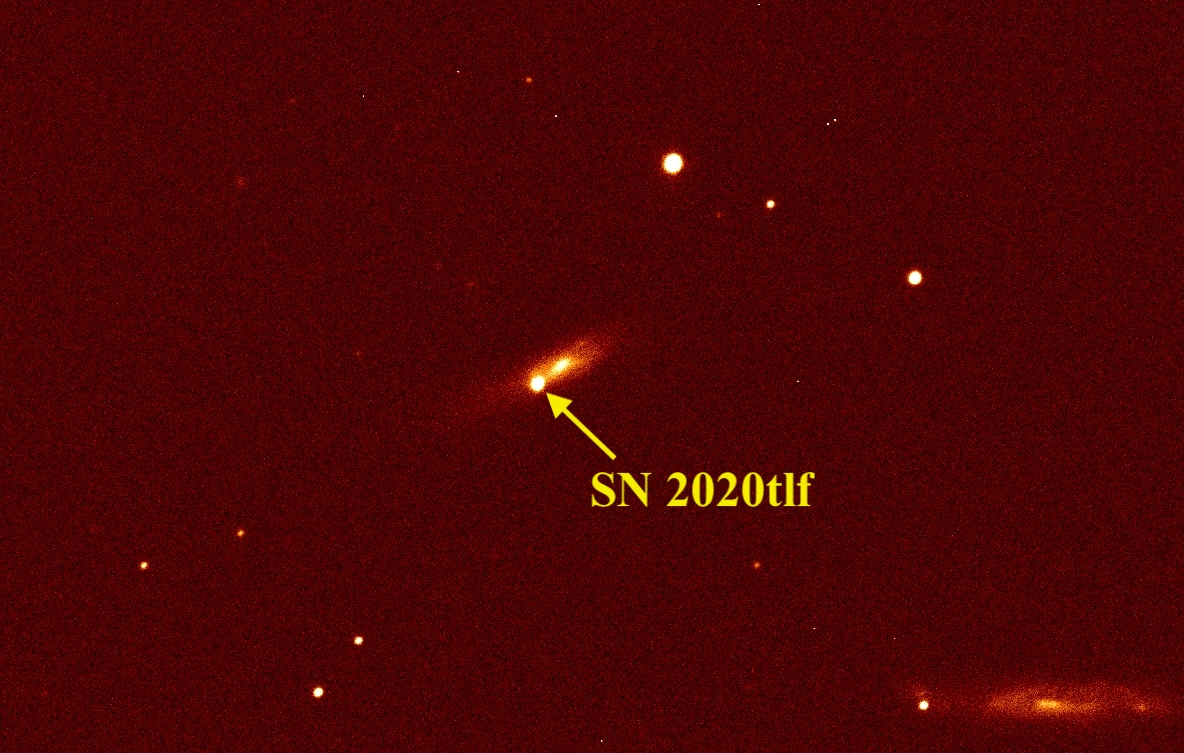 The Image was obtained by the One-meter Lulin Telescope at the Lulin Observatory of NCU. The star indicated by the yellow arrow is SN 2020tlf located in the NGC 5731 galaxy. Photo curtesy: Graduate Institute of Astronomy