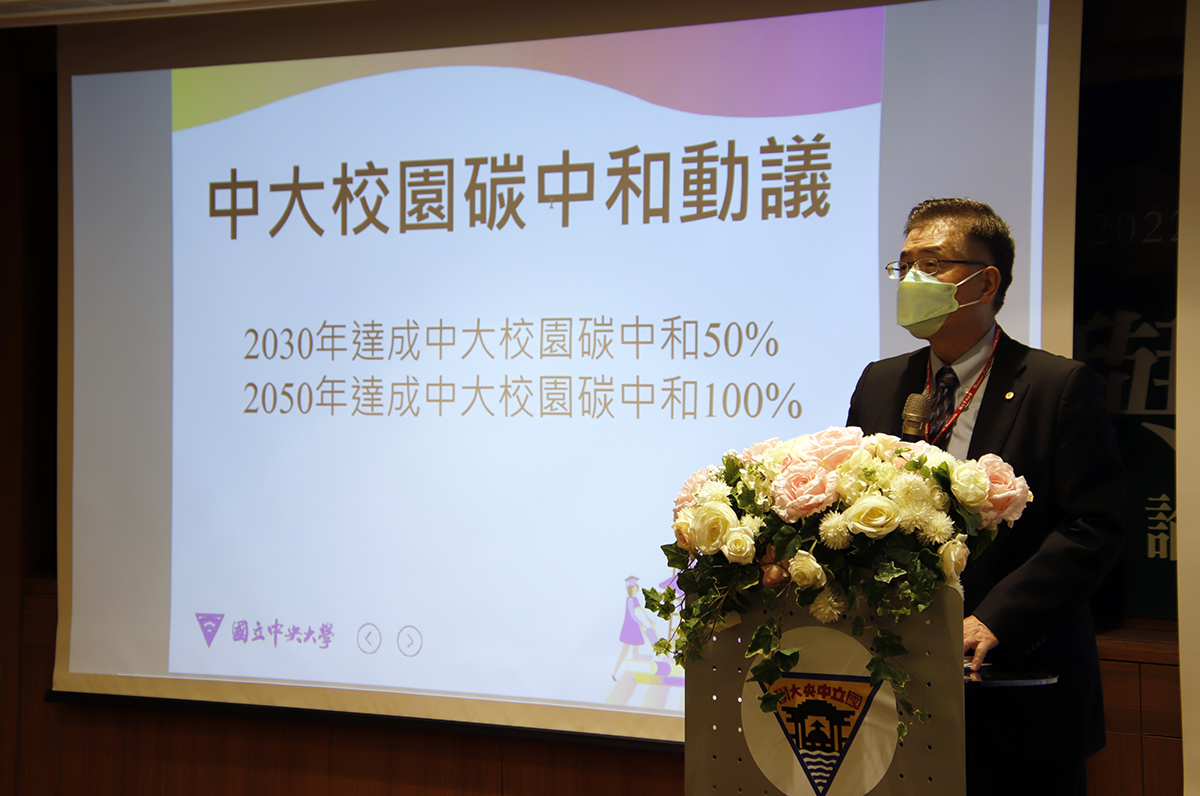 At the forum of “Sustainable and Decarbonizing Technologies” held at NCU, NCU President Jou Jing-Yang took the initiative to declare that NCU aims to attain 50% carbon neutrality on campus in 2030 and 100% in 2050.  Photo by Chen Ju-Chih

As the first university in Taiwan that set “sustainable development” as its main goal of education and research, National Central University (NCU) has been actively responding to the international consensus on sustainability—net zero emissions. At the forum of “Sustainable and Decarbonizing Technologies” held on Feb. 16, NCU President Dr. Jou Jing-Yang took the initiative to declare that NCU is estimated to attain 50% carbon neutrality on campus in 2030 and 100% in 2050.

President Jou indicated that countries around the world, faced with the threats of global warming and climate change, signed the Paris Agreement in 2015 to devote themselves to promoting the policy of carbon reduction in order to keep the margin of temperature increase around the globe no more than two Celsius degrees. The 26th United Nations Climate Change Conference, which just ended in 2021, put the words “phase down fossil fuel” in its official text for the first time. Furthermore, governments and enterprises made multiple promises based on “zero carbon economics”.

This year’s forum of “Sustainable and Decarbonizing Technologies” demonstrated the results in fields including NCU’s ESG (environment, social, and governance) management, social impact, clean energy, net-zero carbon emission, circular economy, and energy efficiency, which were respectively presented by four colleges at NCU. Representatives from the industry, government, and academia were also invited to the forum to share their views on how we can speed up decarbonizing actions to orientate ourselves in the waves of the green economy when facing a global game of net-zero carbon emission. 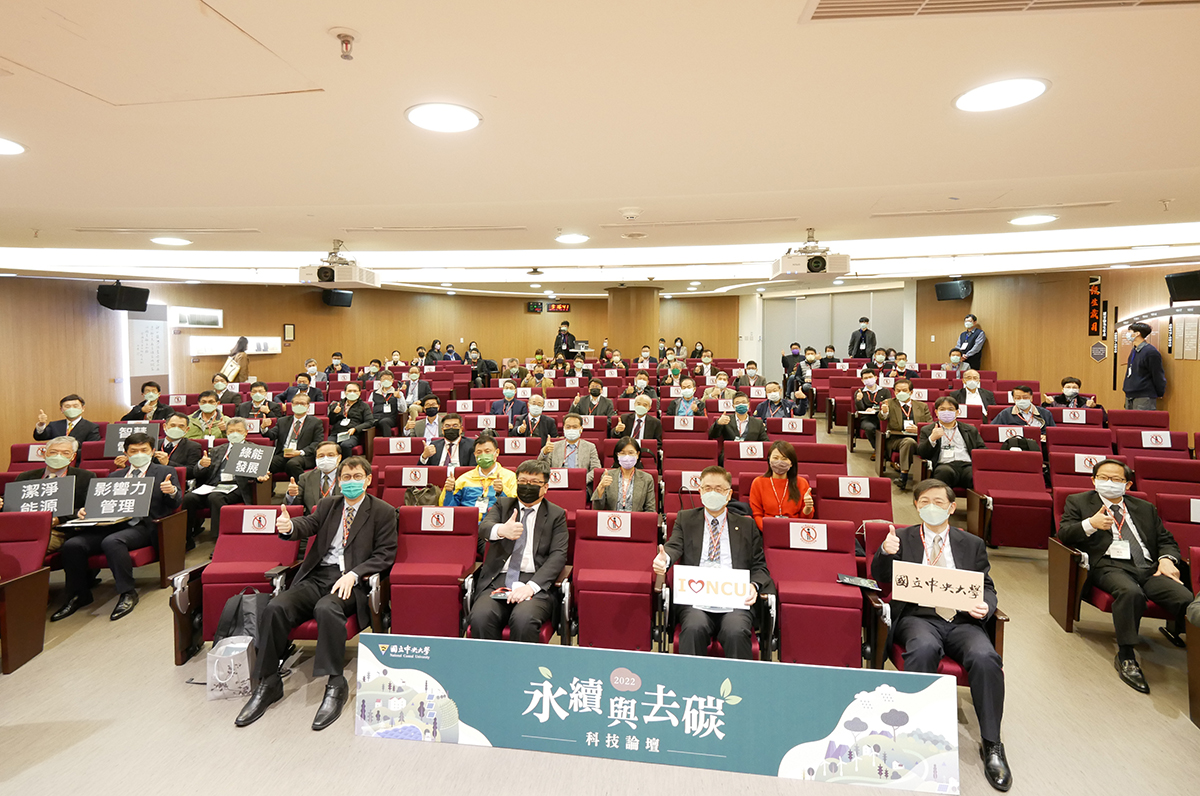 NCU held the forum of “Sustainable and Decarbonizing Technologies” in the expectation of speeding up decarbonizing actions to orientate ourselves in the waves of green economy. Photo by Liang Chia-Lin
Back to list