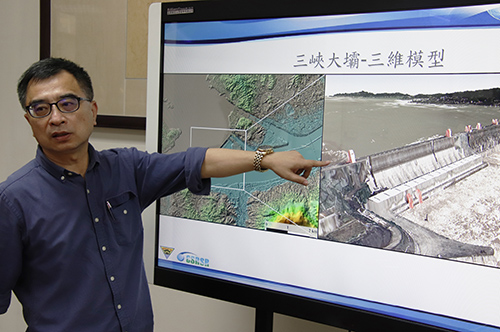 The CSRSR at NCU applied remote sensing technology to examine the Three Gorges Dam. Dr. Fuan Tsai, Director of the CSRSR, was giving professional interpretations of the satellite images.

Since late May of 2020, southern China had experienced a wide range of torrential rains, and the authority issued rainstorm warnings for 40 consecutive days. The provinces along the Yangtze River and the Huai River were seriously affected by the flood caused by torrential rains. The residents living in the midstream and downstream areas were largely affected by the flood; furthermore, the public has continually raised their concerns about the flood protection, flood discharge, and even the structural safety of the Three Gorges Dam.

The CSRSR of NCU applied the change analysis with space-borne Synthetic Aperture Radar (SAR) images to determine and examine the inundated areas of the midstream and downstream Yangtze River. The CSRSR further conducted spatial analyses with global land-cover and land-use data and found that about 18,000 square kilometers of land had been flooded, including more than 10,000 square kilometers of cultivated land. The total area of the flooded cultivated land was approximately one-third of the land area of Taiwan. In addition, the total area of inundated towns and villages was more than 2,000 square kilometers, which was approximately equivalent to eight times of the land area of Taipei City. 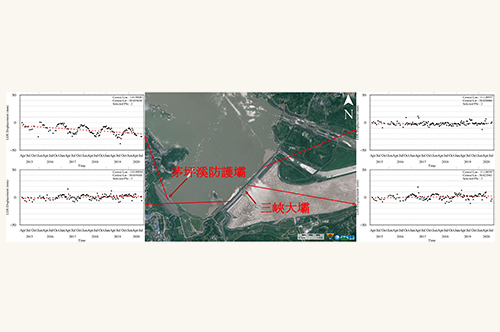 According to the deformation analysis of the Three Gorges Dam based on the Persistent Scatterer Interferometric Synthetic Aperture Radar (PSInSAR) analysis of satellite SAR data, there was a slight subsidence trend (5mm/yr, LOS) of the Maopingxi embankment dam on the right shore of the upstream, while there was no evident deformation of the Three Georges Dam. 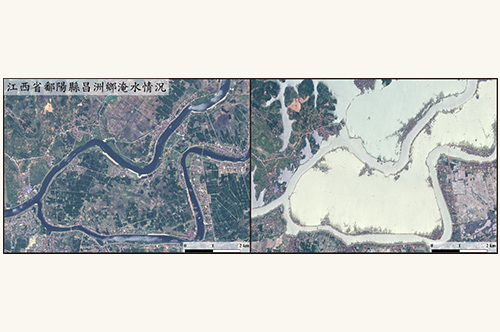 The images demonstrate the before and after comparison of the midstream and downstream of the Yangtze River. The regions displayed in the images are located in Poyang County, Jiangxi Province, one of the most seriously flooded areas. There was a considerable flooded land area along the midstream and downstream Yangtze River, which was about 18,000 square kilometers.
Back to list